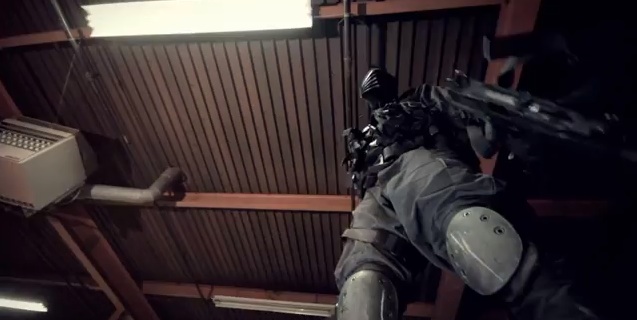 This is the official trailer to the G.I. Joe fan film, Operation: Red Retrieval. This looks really good and can’t wait to see the full finished product.

www.GIJoeFanFilm.com has a ton more info and photos

Here are a few thoughts from the director, Mark Cheng

I filmed Operation: Red Retrieval with a Canon 7D and two lenses over the span of 6 non-consecutive days. Out of pocket, I spent roughly $2000 on the whole thing, most of that went to creating costumes, paying for train fare, and buying food for my actors. I assembled most of the costumes myself, but also networked with GI Joe cosplayers for some of the characters. Via the internet, I also networked and recruited stunt people from M Night Shyamalan Last Airbender movie, the fight choreographer from Machine Girl, and other filmmaking enthusiasts from NYU FIlm school and elsewhere in the NY/NJ area.

Why did I make this film?
I thought Rise of Cobra was great for cinematically introducing the franchise to a new generation of kids. Seeing my 9 year old neighbor talk enthusiastically about Snake Eyes and Storm Shadow is a great thing to see. But for myself – and for what I’ve come to realize is a legion of older fans who grew up with the characters – I wanted to see a GI Joe tailored to me. To me, the show’s always been about what it takes to be a hero, and how a team of heroes “never give up and stay ’till the fight’s won”. As a 36 year old adult with kids who watched the twin towers come down right before my eyes (I was on the Jersey City side of the water that day), I know heroes don’t defy death by doing cartwheels through incoming fire (the 80 cartoons did that!). I know that heroes sacrifice, that they don’t always come home, but that they will always fight for freedom where ever there’s trouble. So in my Black Hawk Down styled GI Joe Fan Film, the hero is there, under a layers of dirt and blood.

Who is Mark Cheng?
I’m a Technical Product Manager at MTV/Nickelodeon, working in the Kids & Family Online Division of the company. I studied Film Production at Cornell University. While I have worked on commercial projects before in various capacities, Operation: Red Retrieval is my largest, self-funded project.