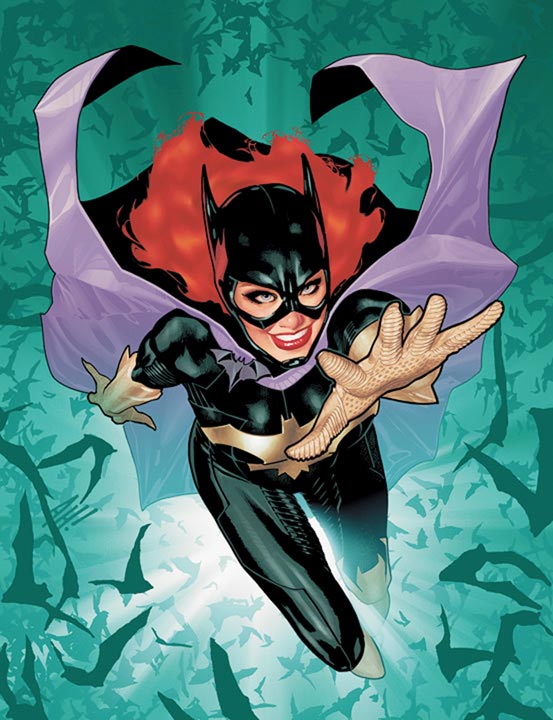 With the relaunch of DC Comics, I’m going to be reading and reviewing as many of the first issues as possible. First up is Batgirl.

The new book takes place three years after the events of The Killing Joke. Barbara was shot by the Joker and paralyzed, but for whatever reason we do not know how she can walk again. Were the injuries not as severe? Was bat-technology involved? The book does not address the issue at all. Hopefully it will do so soon. It will also be interesting to see how the other heroes adapt to not having Oracle around to do a lot of research for them. Although I’m sure the Bat-Crew will manage just fine.

We see her take on a couple of fights as she’s starting to go out and be a super hero again. She’s very capable in a fist fight, even noting she’s developed considerable upper body strength while confined in the wheel chair. She says her legs are a bit weak which is understandable. She’s been out of the game a while so mentally she’s a bit off as well.

She also has psychological issues dealing from her ordeal as well. At one point a villain pulls a gun on her and has it aimed at her stomach. This causes her to hesitate and will affect the events going on in the issue.

This is the first title I have ever read by author Gail Simone. The story was good and I look forward to reading about how Barbara deals with her psychological issues. The pace was fine and I’ll go ahead and pick up issue number two and see what happens.

The artwork is also sharp in the issue. I’ve always enjoyed the DC art style and that continues with this book.

I will go ahead and recommend you pick up this book. Fine intro the Batgirl series and it left me wanting to see what happens next.