If you’re aware of the local nerd scene, you may be familiar with two notable music acts: Sci-Fried and Marc With A C. Both have been heavily featured acts at the music festival Nerdapalooza and both have taken home top awards in Orlando Weekly’s yearly best of voting. Next week, both acts will be taking the stage for their first shows of 2012.

First up is Sci-Fried. The godfathers of “Geek Rock” (which also happens to be the name of their hard hitting anthem from their 2011 release, “Future Tense”) will be playing their biggest show to date. The band won an online voting as part of the first round of a battle of the bands to play at SXSW in London. After getting through the first round, the band will play at the Hard Rock in Orklando at Universal City Walk on Tuesday March 6th. Orlando Weekly’s 2011 Best Metal Act will be rocking out hard in this FREE show. Doors to the event open at 7:30. Sci-Fried goes on at 8PM. Sci-Fried is also currently working on a new album entitled “Co-Op Mode”. You can learn more about Sci-Fried by going to http://www.sci-fried.com 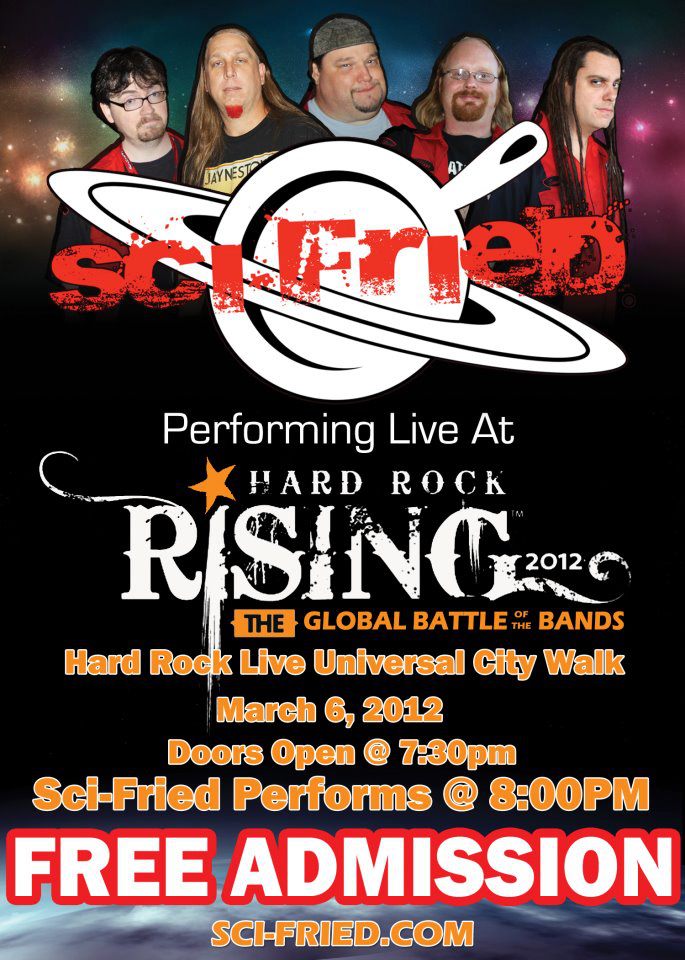 Then just a few short days later on Saturday March 10th, Marc With A C takes the stage for his first show of the year. Also, he’s playing in a location he’s never played at before. Marc will be hosting a free show at Sleeping Moon Cafe, located at 495 N. Semoran Blvd. Marc has taken the stage of Nerdapalooza several times and has been voted Orlando Weekly’s best Indy Act several years in a row. Marc’s show are always an event. You can expect a mix of his old classics, his newest hits, and even a few surprises along the way. Doors will open at 7:30 and the show will start at 8PM. Marc has all of his music available at http://marcwithac.bandcamp.com/ 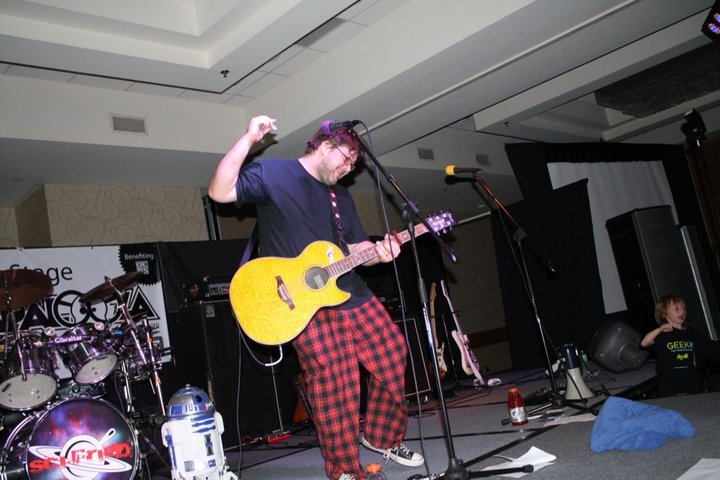 Both acts are top notch and missing their shows would be quite a shame. If you’ve never experienced these acts, please take some time out to give them a listen.