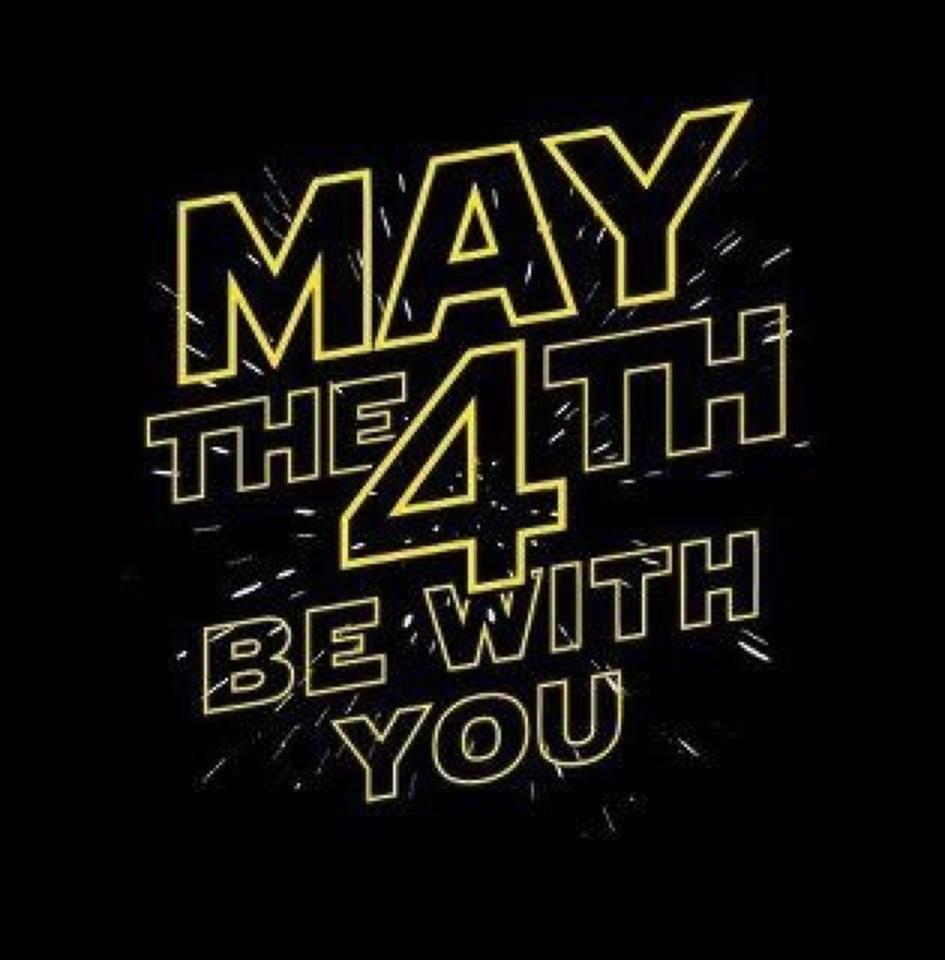 For those of you not aware, today, May 4th, is International Star Wars Day. A holiday started by the geek community to celebrate the love of the Star Wars franchise. May the 4th is of course a pun on the famous quote from the series, “May the force be with you.”

All hatred for George Lucas and his constant slew of recuts and revisions to his films aside, he did create a cinematic masterpiece that stands the test of time as one of the best sci-fi movies of all time. Can you remember the first time you watched Star Wars? for me, it was sometime while I was in the fifth grade. So that would be around 1997. It was on TV and it was episode 4: A New Hope. I really enjoyed the film. I was already by that point a Star Trek fan and while Star Wars likely won’t be my favorite franchise, I can still appreciate what it did for sci-fi in general and how it revolutionized a notion that sci-fi could be socially acceptable. Today, we celebrate that fact.

I certainly plan to celebrate the unofficial holiday today. Granted, with the way people have accepted it, it should be a holiday. Halmark, get on the May the 4th cards already. You’re missing out on a big marketing opportunity. Slap Star Wars on anything and people will throw money at it. I’ll be getting together with some friends tonight to watch the original movie that started it all. And to end this blog post today, I’ll leave you with Sci-Fried’s “Rebel Cry” music video. Happy Star Wars Day, everyone!