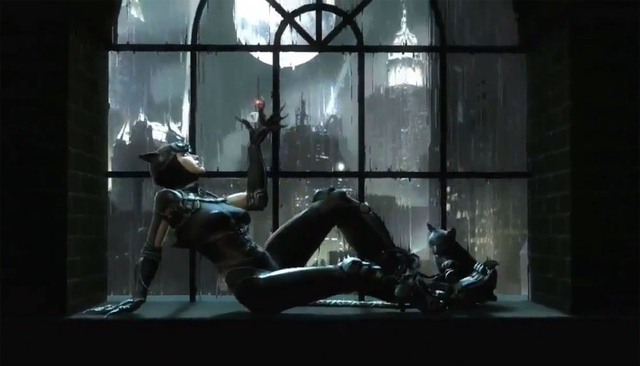 NetherRealm Studios has released a new trailer for their upcoming title, Injustice: Gods Among Us. The trailer features a new playable character in the game, Catwoman. Much of her move set will revolve around claw attacks, hand to hand combat, and use of her whip for distance attacks.

With Catwoman’s confirmation in the game, that brings the fighting game’s current roster to nine, including Batman, Superman, Wonder Woman, Flash, Harley Quinn, Solomon Grundy, Nightwing, and Cyborg. NetherRealm’s Ed Boon says “There are a TON of characters outside of the Batman family coming to Injustice. Just WAIT till you see how far out we venture!” So look for a great, stacked roster from the DC Universe.

What if our greatest heroes became our greatest threat? From the indomitable DC Comics and the makers of the definitive fighting game franchise Mortal Kombat comes Injustice: Gods Among Us, a bold fighting game featuring a large cast of favorite DC Comics icons. Set in a world where the lines between good and evil are blurred, players will experience heroes and villains engaging in epic battles on a massive scale. A deep, original story compliments the fighting action that pits many of the great heroes and villains from the DC universe against each other — Batman, Harley Quinn, Solomon Grundy, Superman, The Flash, Wonder Woman and many others lose their allegiances and fight for Injustice!

Am I doing #filters correctly? Is this how it work

#MailCall got a new piece for my #Podcast #Setup t