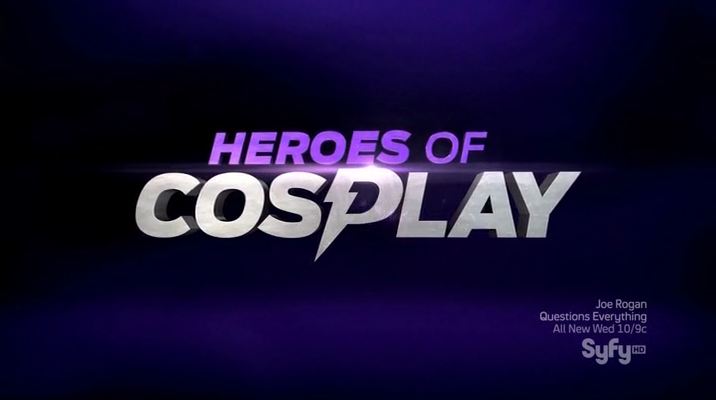 Love it or hate it, Heroes of Cosplay has gotten the internet talking. This week, the SyFy show gets a bit more real for me. The costumers are headed to MegaCon. I remember seeing some of the film crews moving about the convention. Seeing my home convention featured on TV will be an awesome thing.

There are some good aspects to the show. Parts of the episodes so far have shown what the costumers have done with time constraints and how their costumes have come together. This has been a fun aspect of the show, focusing on the creativity and resourcefulness needed for cosplay. It’s been very nice to see the different goals of the costumers. From building a brand, to wanting to go professional with making costumes, make up, or props.

The drama involved with the show has been the major focal point of the criticism of the show. While I have seen some drama in the costuming community, it’s usually never near the level seen on the show. Stress and time crunches are one thing, but the jealousy and bitterness just seem wrong. I understand it’s TV and you need something to create a vibe to bring in viewers, but it’s a bit excessive.

The second episode featured Chloe, who is featured as a host of a cosplay show on The Nerdist Youtube channel. She really seemed to get the whole point of cosplaying and what it’s all about. It should be fun. Her and Jesse the propmaker have been my favorites on the show so far.

The larger conventions definitely have a lot going on. I don’t remember seeing any of the costumes featured in this episode on the floor. I even went back and checked my photos. I didn’t get any of them. Maybe I need to start hitting the costume contests in the future.

Each episode has had something unique to it so far. Tonight’s episode featured the duo of Jessica and Holly competing against each other for the first time. It seemed there was a lot of real emotion with how they’re used to working with each other and relied on each other. It was a fun aspect to see rather than the usual manufactured drama the first two episodes had.

The drama was much less downplayed this episode and I think that was a good thing. The episode focused more on the creativity and the friendships some of the costumers had. It was a more refreshing pace compared to the episodes shown before. If this keeps up, I’ll definitely keep watching Heroes of Cosplay. It’s starting to find it’s legs and is getting better every week.