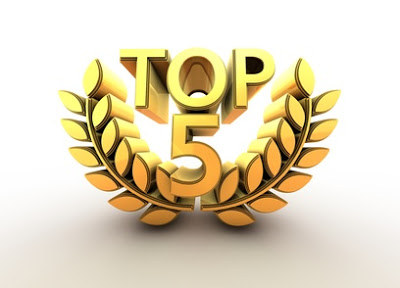 Another year has come and gone and we got a great selection of movies to bide our time in 2013. Ranging from fun to serious yo reviving franchises, these are a few of the movies that left an impact on me. Here are my Top 5 Movie of 2013.

Who doesn’t love a cheesy B grade SyFy Channel original movie? Plenty of people do. A lot of people do apparently. Sharknado brought us one of the silliest concepts for a SyFy movie yet, but it delivered. The most watched SyFy original movie ever got increased ratings through it’s first three showings. This prompted a number of theaters to show it on the big screen in limited engagements. SyFy delivered a cult hit overnight. It was a fun movie and did quite well to be included on this list as a made for TV movie.

Marvel has continued to impress with its superhero titles. Iron Man 3 was no exception to this. The movie did a lot for the development of Tony Stark. Much of the movie showed Stark going through a bout of PTSD as he came to grips with what happened to him in the battle of New York from The Avengers. It also had the great action you come to expect from a Marvel movie. A vast improvement over its predecessor, and a worthy addition to this list.

Talk about a 1-2 punch. That’s exactly what Marvel did this year by giving us new installments in two if its big hero franchises. Thor: The Dark World was a fantastic movie. Marvel took a great approach in bringing the mystical and magical to its universe. The lines between science and magic became blurred in this film that was also a visually stunning piece that show us much more of the realm of Asgard.

Until this year, I have never been able to say there has been a good Superman movie. When the trailers came out, I was still a bit skeptical, but was thoroughly impressed with Man of Steel. This movie does a great job of giving us the Superman origin story without bogging down the movie with it. Henry Cavill does a great job portraying the man of steel and will do a great job when they set up the eventual Justice League movie.

Guillermo Del Toro delivered the best movie this year. This visually stunning and amazing film was a love story to fans of Japanese monster films and the like. This was that medium brought into the current age. It had amazing visuals, great effects and a cast of great and interesting characters. At the end of the day, what more could you want out of movie than giant robots kicking giant monster ass? Well, you could get a lot more and this one delivered in every respect.