There are times where I wonder what it means to be a geek. Most define geekiness as loving geeky things like Star Wars and Star Trek. Others define it as having a passion for something and devoting oneself to it. I tend to lean toward the latter definition. That lead me to think recently of sports and how I have a passion for following NASCAR racing. Can one be a follower of a sport and be defined as a geek the way one can for knowing all the obscure details of all the Babylon 5 characters? A recent trip to Daytona International Speedway really made me think of that. Going to the preseason testing and NASCAR Fanfest really felt a lot like going to a convention.

When I got to the track that morning, I headed for the infield and went through the tunnel leading from the outside world to the hollowed infield of DIS. This is where the comparisons to a convention started. It brought back a lot of memories of going to my first MegaCon back in 2005. I had never been to a large convention center like the Orange County Convention Center, and it was a sight to behold. I remember being very excited about what would occur that day much as I felt that same rush of going into Daytona. Upon parking, I found the friends I would be spending the day with and from there it was laughing, partying, and making awesome memories just as you would at any convention.

Throughout the day, there were many things that would hold similar to conventions. There were the drivers (the celebrity guests), their question and answer panels, and walking through the allowed areas of the garage and infield were much like walking the convention center floor. At one point in the day, we even got into an autograph line. Those line varied as greatly as the popularity of their drivers. There were even lines to pick up the wristbands needed to get in those lines. We even saw some braving the rain to wait outside in line to get tickets for their favorite drivers. We all know that if you want to get into some of the popular panels, you’ll need to camp out for a bit to get that premium spot in line. The group I was with got in line for Austin Dillon (a rookie in the Sprint Cup Series) and Casey Mears (a driver who has driven for a number of teams during his ten years or so on the circuit). Both are Chevrolet drivers and were sharing a table for the autograph sessions. Luckily they had some pictures at the table we could pick up to get signed as most celebrities have at their convention tables.

As the night wore on, drivers went out for question and answer panels. It was fun to hear Dale Jr, Kevin Harvick (my favorite driver), and others talk about the upcoming season and things they were doing during the off season and off track activities they would be taking part in during the upcoming season. This was much the same as when celebrities at cons tell us about their latest projects. 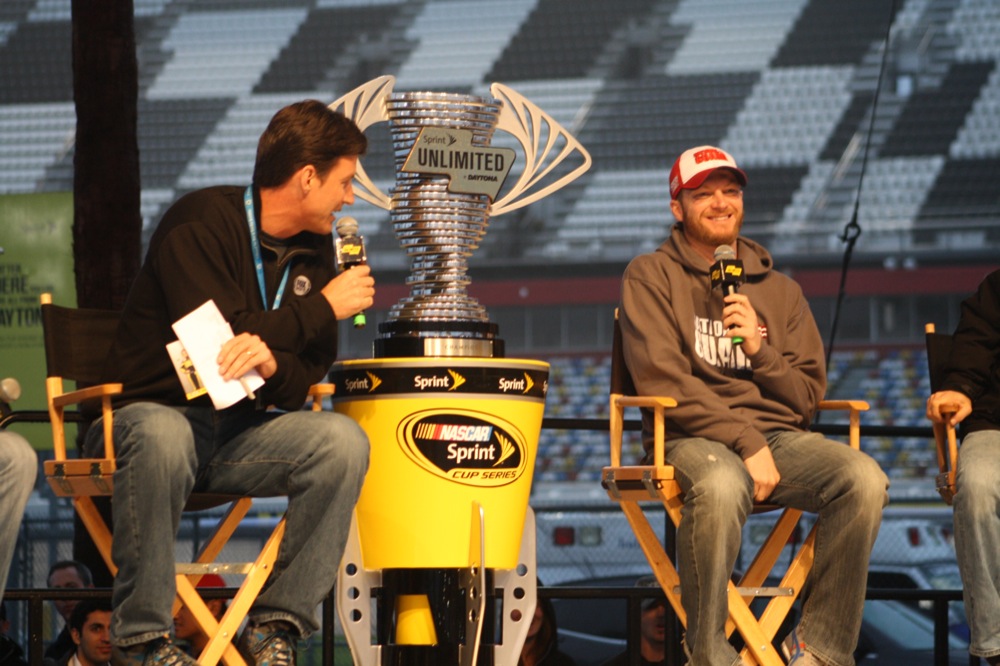 It was definitely a lot to take in. As the day proceeded, there were many things to observe and take pictures of. If you know me, I love to take pictures. It was exciting trying to take pictures through windows in the garage to catch a glimpse of some of the drivers. I got a picture of Kevin Harvick that turned out particularly well. This just continued the comparisons for me personally as I got the same thrill and excitement I get when I’m photographing a convention or any other event. 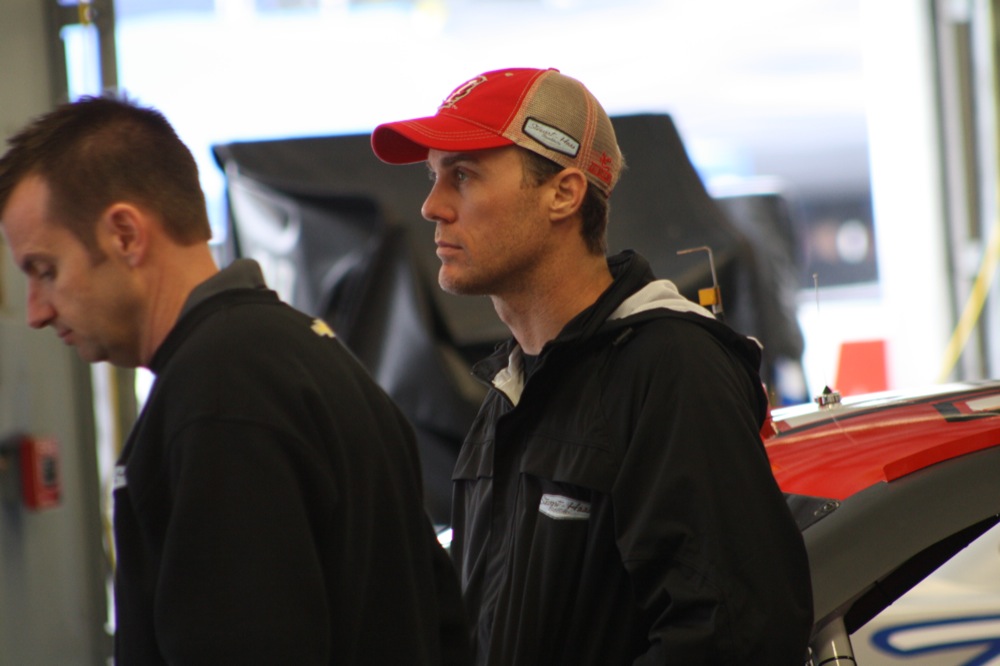 As with any convention, there is the possibility that your favorite celebrity might cancel their appearance or a panel you were looking forward to ends up being cancelled. That happened in the form of the day of testing I attended having no cars hit the racetrack. Unfortunately, being outside in Florida, the event was at the mercy of the elements. Mother nature hit hard that day with very light but steady rains that made it impossible to get the track dry, therefore cancelling the main event of the day. we did get to see the AirTitan system that dries the track very quickly in action. Those were quite impressive to see. We’ve all felt that disappointment before. 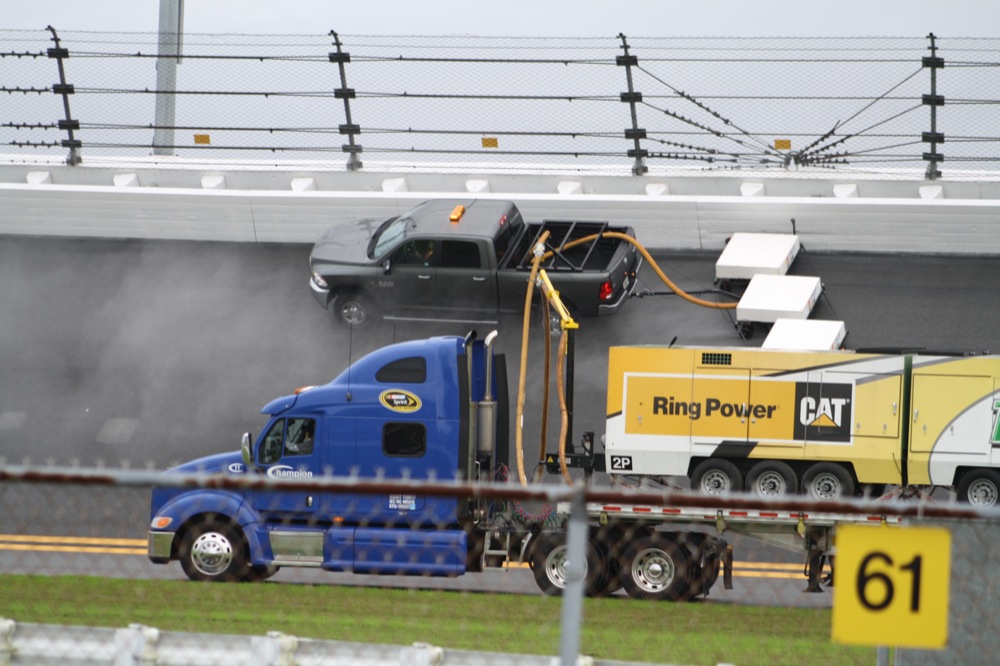 Even though the main reason I went that day was cancelled, I still had an amazing time. Any convention can be an awesome time if you have the right group to make something of it. I still had an awesome time and made memories that will last for a life time. I even felt that bitter sting that comes when you must depart from your friends, and head your separate ways. Looking in the rearview, a lot of the day I was swept up in the moment. I had the same feelings and sensations of when I go to a convention. When the geek world collides with a separate, yet in many ways similar world, amazing things happen. NASCAR Fanfest may as well have been a convention. It sure felt like one to me. Maybe there is room for the geeks and the sports fans to coexist in this world. In some cases, it can be hard to distinguish them apart when they’re not wearing comic book t-shirts or decked out in more sponsor decals than the car they cheer on every week.