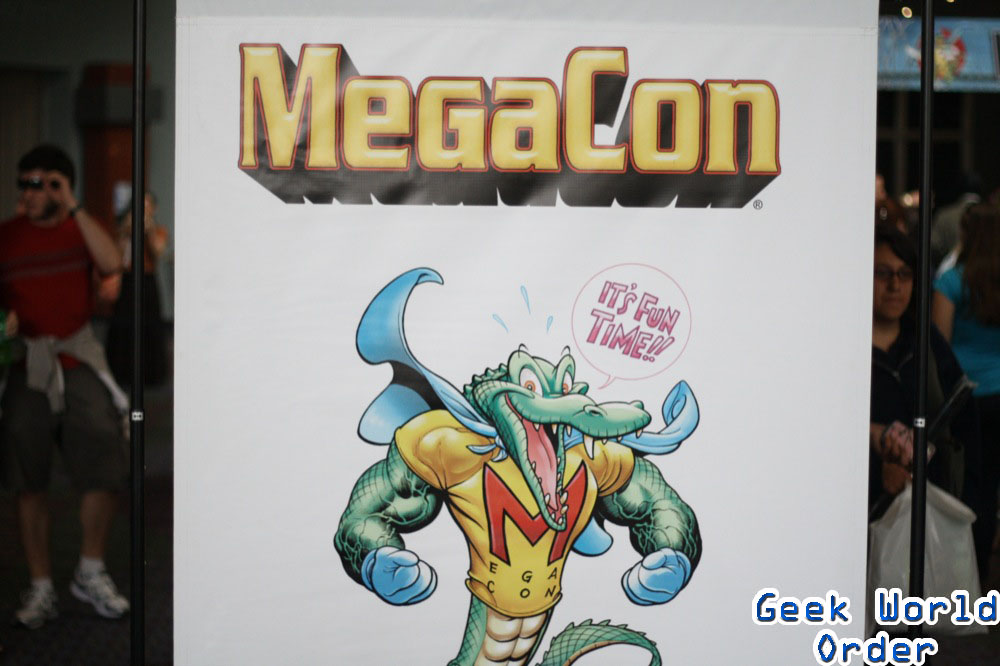 Another MegaCon has come and gone. With a staggering number of attendees, this year’s event proved to be a very successful one.  The event has grown exponentially over the years I have been attending. This was my tenth year attending the annual multi-genre convention.

This year, attendance has been rumored to have fallen between 80 and 100 thousand people. The Orange County Convention Center had quite a time handling all of the traffic. On Saturday, many attendees waited on I-4 and International Drive for over two hours waiting to get into the convention center. It’s likely that major headliner Stan Lee had an effect on the attendance. Many came to see Stan “The Man” in what could be one of his final convention appearance tours. His health and age have many wondering how long he can visit his fans at these shows.

The economic impact of this year’s MegaCon will be well felt through the city. An estimated $25 million came into the city during the con. Restaurants and attractions were packed. Long lines and food shortages were felt in many locations. An after party concert at Adobe Gila’s in Pointe Orlando ran out of food twice while the event was going on. I’ve heard similar reports of restaurants needing to resupply from other places friends of mine ate at.

DragonCon is always the one mentioned when you start talking about the biggest cons in the south east. This year, MegaCon was right up there with DC in terms of attendees and economic impact. MegaCon will continue to grow and be even better.

Many issue arose from the high attendance. With a move to the South Concourse this year, things were not as smooth as usual. Sunday fared a lot better with crowd control and messages have already been sent out on the MegaCon Facebook page that the con is taking in feedback and will have plans in place next year to be better equipped for the rapidly growing convention.

The still did a lot right. The celebrities they brought in were all quality. They continue to bring in more widely recognized names. Much of The Walking Dead cast were also in attendance giving the con a presence of current programming. Another nice touch was the air conditioning. MegaCon kept it nice and cool t combat all the bodies moving about. Con funk was at an all time low and it was almost cold at points. Bravo to the con for keeping us from sweating so bad.

The attendees made for another great MegaCon. As costuming evolves, I see a lot more fun and well done costumes. This was the first year I attended a cosplay photoshoot. I attended a GI Joe photoshoot on Sunday dressed as Shipwreck. I was able to take a few pictures myself and learned a few things about that kind of photography from both ends of the camera.

I look forward to more MegaCons in the future. I have ten in the books now and I’m looking forward to what the next ten have in store for us.