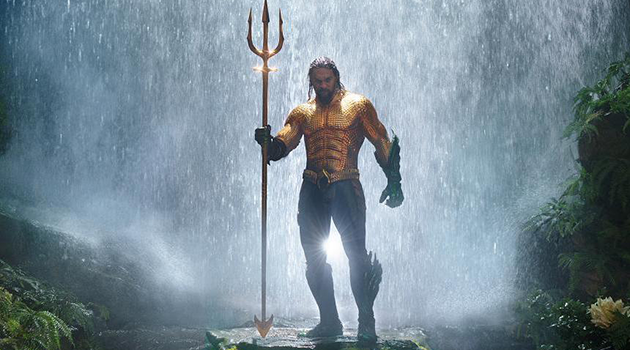 Stemming off of their Justice League franchise, DC gives Aquaman his turn to shine. will the king of Atlantis make a memorable splash on screen or does the movie barely make waves?

For me, this movie delivered and was easily one of the best DC has put out so far. We are shown Arthur’s parents meeting, falling in love and having Arthur before his mother is forced back to Atlantis. We then get the grown Arthur as Aquaman defeating a group of pirates including the man who would eventually go on to become Black Manta. Aquaman is then summoned by Mera to Atlantis to challenge his step brother Orm who is attempting to align the various ocean kingdoms to wage a full out war with the surface. Conflict ensues and Arthur is soon on a quest to retrieve a long lost trident that would signify him as the true king of Atlantis should he be able to claim it.

The story was not an overly complicated one, which is fine for the first stand alone story for a super hero movie. A lot of world building and character development had to occur in this, so an easy to follow story is fine. The visuals were stunning, especially in creating the underwater world of Atlantis. The rich, technological society is given a similar treatment to Wakanda in Marvel’s “Black Panther” in terms of setting the scope and significance in the fictional world. The underwater combat is beautiful, with great camera work to take in the scale of the combat. My one complaint with the water sequences was with the sound. Much of underwater dialogue was recorded with a distortion effect so we would know they are talking underwater. This unfortunately caused that dialogue to be a bit hard to hear.

The characters were all fun and the actors got chances to shine. Jason Mamoa excelled as Aquaman and really feels like someone that DC can hang on to as they rebuild their super hero mainstays toward hopefully as more fleshed out effort at a Justice League movie. The individual films should definitely have preceded the team up. Yahya Abdul-Mateen II was great in the screen time he had as Black Manta. His placement in the movie seemed a bit minor for one of Aquaman’s more prominent villains, but there is enough for you to want more of him down the line.

Overall, Aquaman was a fun movie and a much needed step in the right direction for DC’s cinematic universe.