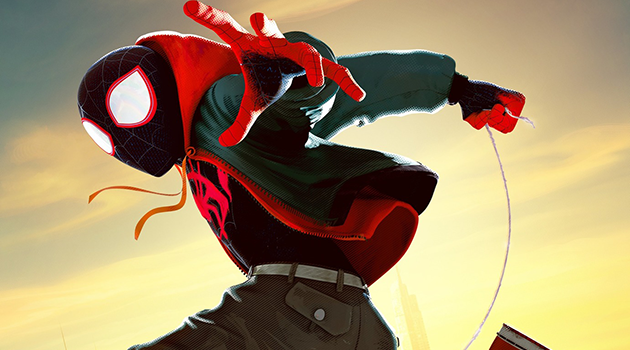 Marvel goes in a different direction with the Spider-Man franchise. This time, they go animated and bring Miles Morales to the big screen along with a few others to create an amazing take on Spider-Man.

Bitten by a radioactive spider, Miles Morales develops the powers we’ve come to know with Spider-Man. As he is learning and coping with these powers, he meets Spider-Man who is in the middle of a battle with Kingpin, who is working on a plan to reach through multiple dimensions to retrieve something very valuable to him. This has unintended consequences as various Spider-Men are pulled from the various dimensions and must team up to stop Kingpin. This sets Miles on a path to learn his purpose and become the Spider-Man of his dimension.

Overall, this was a fun movie. it was very fast paced, but the action made sense. The decision to go animated with this film made sense. There was a lot of action that would have been difficult and expensive to pull off live action. Also, being animated allowed each dimension’s Spider-Man to be presented in a different style to allow them to be more distinct and individual. This especially works to bring out the black and white style of Spider-Man Noir, the cartoon Spider-Ham, and the anime styled Peni Parker.

The story was handled very well and gave each character a bit of time to shine. It also provided a great framework for Miles to learn his powers and learn the true skills he needs to be a hero. His ascent to become Spider-Man feels like a natural progression given the circumstances thrown at him.

I thought this was a fun, great movie. These are all characters I would love to see revisited and would love to see how all of the different Spider-Men grew from this experience. This is one I definitely hope we get a sequel for.