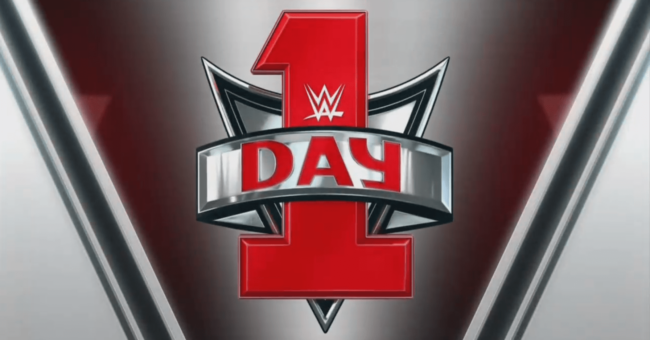 WWE opened the year with a premium live event airing on Peacock. Will the year start with a bang or are we in for another year of mediocre WWE programming? Let’s take a look at the event.

The event started with news that two of the main events of the evening would be changed. Due to testing positive for COVID, Roman Reigns was unable to compete in the Universal Championship match. Brock Lesnar was then added to WWE Championship match to make it a 5-Way match.

The opening match was a Smackdown Tag Team Championship match pitting champions The Usos against the New Day. This was a fine match and a good choice to open the show. The finish came when The Usos hit a 3D that was dubbed the 1D (One and Done). It was a little hard for me to get into as I have seen these two teams face off countless times and they have had much better matches before.

The next match was a match between Madcap Moss and Drew McIntyre. Moss looks like John Morrison if he was bought on Wish. This was a very boring match that ended with a Claymore. Drew wins.

The RAW Tag Team Championships were on the line in the next match. The Street Profits challenged the champions RK-Bro. This is a weird combination with Randy Orton and Riddle together. I am not a fan of Riddle. He comes off like RVD but with more middle school weed humor. RK-Bro were accompanied by The Migos who sang the theme song for the event. This was a decent match and Randy Orton was really good. The match ended when Montez Ford was thrown in the air by Riddle and ate an RKO from Orton. Everyone shook hands and hung out with The Migos after the match.

The next match featured Edge vs Miz. There was a good recap for this match. Edge came out to a Brood inspired entrance. Overall this was a fine match but it felt a little long. This was likely due to having to add some time to matches due to cutting the Universal Championship match. With WWE on Peacock, they don’t really have to do this. The match featured interference from Maryse leading to Beth Phoenix coming out to even the odds. This will likely lead to a mixed tag match at Wrestlemania.

The next match was for the RAW Women’s Championship as Liv Morgan challenged Champion Becky Lynch. This for the most part was a great match. There were a few issues though. You could tell the crowd wasn’t really into this as WWE were definitely piping in crowd noise. The time of the match was off as well. This was mostly due to the referee. The referee was counting pins very slowly. You could hear Becky Lynch tell them to count faster in the middle of the match. Liv Morgan gave a great performance but it was hard for the crowd to get into it as they likely felt she was going to lose. January shows are hard to do a lot with as the focus begins to shift toward Wrestlemania. Lynch winning was obvious here. I would like to see Liv win the Women’s Royal Rumble. She put on a great performance and there is something to work with. The end of the match was another issue here. During the pin, it appeared Lynch was trying to put her feet on the ropes for leverage as their last match ended but Lynch could not get there and the pin appeared to be cleaner than it was supposed to be.

The final match of the night was the 5 way match for the WWE Championship. Brock Lesnar was the last man out. I am not really a fan of this. The champion should be the last one out. Champion’s privilege. The match was pretty good with Owens and Rollins working together to clean house. They kept Brock down for a while. I had a feeling at some point they would leave Brock and Brock would clean house when he got up. This is what happened. Brock bulldozed everyone with the F5 and pinned Big E to end his title run. Brock Lesnar is the new WWE Champion.

Overall, this was an okay show that really won’t be remembered by the summer. The build to Wrestlemania will begin shortly and this show will likely be inconsequential. It wasn’t an awful show as WWE has been known to do, but I’m still more excited for AEW and what they have going on over there.