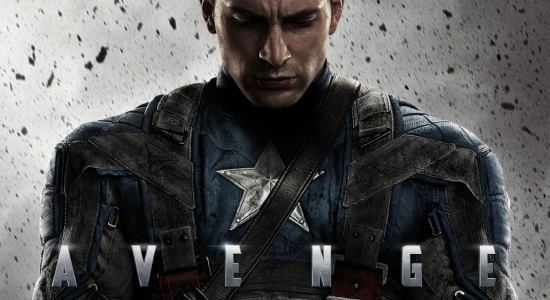 2011 has been a stellar year for Marvel Comics and their movie division. This year saw the release of three feature films featuring iconic, flagship characters from their vast library of superheroes. Both Thor and X-Men First Class were excellent films. There were high hopes for Captain America: The First Avenger. This is one of Marvel’s oldest, most respected titles. Unfortunately, the movie fell short and left me with a sense of disappointment.

I just found it very difficult to get into the movie at all. A lot of that falls on the director, Joe Johnston. I felt as though he just did not create a captivating enough world to keep viewers engaged in this movie. Unfortunately, his recent history as a director has not been so great and this movie continued that trend.

A lot of the blame can be placed squarely on the cast of this movie. Let’s start at the top. Chris Evans was completely the wrong choice to play Captain America, Steve Rogers. He said in interviews he was very hesitant to take the role and that came full bore in this movie. His acting was just bad. He was unconvincing and it really felt like he was phoning it in the whole movie. This movie also had Tommie Lee Jones playing a colonel. Did Tommie need a paycheck that bad to do this movie? Even he could have done better. The lead actress in the film was Hayley Atwell as Peggy Carter. She was decent enough in this, but there was just no chemistry between her and Chris Evans. Although this has been a common problem for marvel as the chemistry between Chris Hemsworth and Natalie Portman in Thor was also sub-par. But I will not trash the entire cast. I did like Dominic Cooper’s performance as Howard Stark. I really felt he belonged in this movie and didn’t feel like I was watching Cooper play Stark. I felt like I was watching Howard Stark.

I am going to mention Hugo Weaving separately. While I thought his portrayal of Red Skull was fine, I mention him here to talk about the costuming. The costuming was just not that great. The Red Skull makeup really reminded me of The Mask. Yeah, remember that movie starring Jim Carrey. Great makeup for the early ninities, not so good for 2011. Another problem I had was Captain America’s suit. I really thought it looked like a paintball outfit. Although, that would have been a hilarious way to settle the war, it just felt out of place.

All in all, this movie had potential. A few minor tweaks and at least one recasting would have made this movie a lot better. It is watchable. I’m going to give this movie a 5/10. I’ll probably re-watch it with the other Marvel films in preparation for The Avengers and ensuing movie marathons once Avengers is on Blu-Ray.

One thought on “Captain America Review”