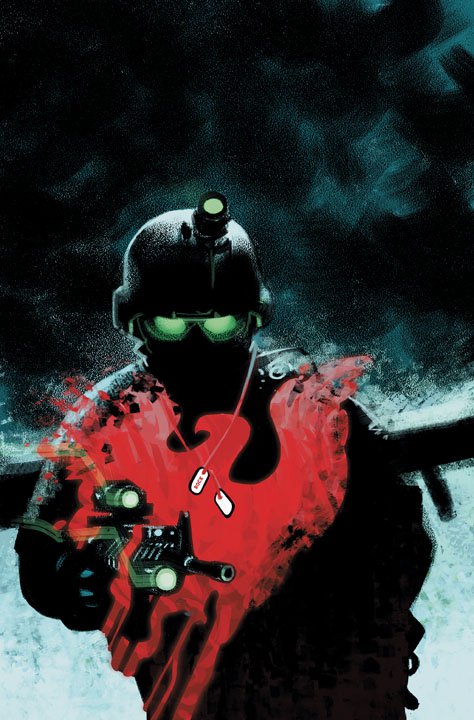 The latest review in our series will cover the events of Men of War #1.

The story begins starts with Corporal Rock in battle. He is injured and taking fire. He then starts a flashback to the events that lead him there.

He’s standing in a military office. Several higher ups give him the third degree asking him why he’s in the military with how good he is. He keeps saying it’s just his job and he;s good at it. He is then offered a position within an elite unit of commandos.

The rest of the book is their first encounter with what appears to be a super powered human. The unit is attacked and the Sergeant is soon killed. Rock is promoted by the dying Sergeant and he is now the Sgt. Rock that some DC fans know.

This book was kind of meh for me. It wasn’t really engaging and I was kinda bored while reading it. I’ll give it another issue or two to pick up but if it doesn’t, I’ll call this a skip title or at best wait for the trade.