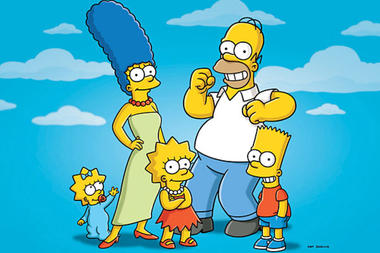 The Simpsons: Time To Move On

It’s hard to believe that The Simpsons is now entering its 23rd season on the air. What began as an animated short on The Tracy Ulman Show has spiraled into its own show and into a billion dollar empire for Fox. But after so long on the air, is it time to finally let it go and let the franchise ride off into the sunset? I say so. The writing is starting to show up on the wall.

As many of you know, reports came out earlier this week that Fox was very willing to cancel the series if the lead actors did not take a paycut from their estimated $400,000 an episode contracts that were to be renewed this year. Yes, almost half a million an episode per actor. Until now, Fox had no problem shoring up that kind of cash. But now, Fox is claiming the paycuts are necessary to justify production costs.

I take this as a serious sign. Viewership is likely down. Lowering ratings numbers means fewer advertisers willing to pay big money for ads being seen by fewer and fewer people every year. Advertisers pay the bills and cuts need to be made if there’s less ad money coming in.

The show has also lost a lot of its charm. Many people I’ve talked to have all said the show has just been as funny as it used to. The writing has gone downhill since about season 12 but the show still made ridiculous money and was still profitable to keep on the air. But now, that’s not the case.

Without producing content, the show can still bring in a lot of money. Syndication rights and DVD sales will keep the show making money for years without having to pay huge contracts out to the actors. Take Futurama and Family Guy. Both shows made huge dollar amounts in DVD sales and syndication deals to justify uncancelling them. The Simpsons can make enough money to justify cancelling the series.

3 thoughts on “The Simpsons: Time To Move On”