Bongo comics is currently working on a spinoff to it’s Simpson’s comic series. The book will be “Bart Simpson’s Pal, Milhouse”.

The title will be the first solo series for the popular background character. The book will also feature some strong writing from the get go. The initial arc of the series will be penned by popular comic author Gail Simone,who is well known for her writing on Batgirl. Also writng will be Pat McGrealm. Art on the book will be handled by Bob Smitjh, Carol Lay, Jason Ho and Mike Rote.

“Bart Simpson’s pal Milhouse takes center stage in the next of our series of Simpsons Comics One-Shots. Take a look at the world of Springfield through the eyes of Bart’s bespectacled best friend, second banana, and juvenile delinquent wannabe, and the fantastical things you see through his thick lenses might surprise you.” 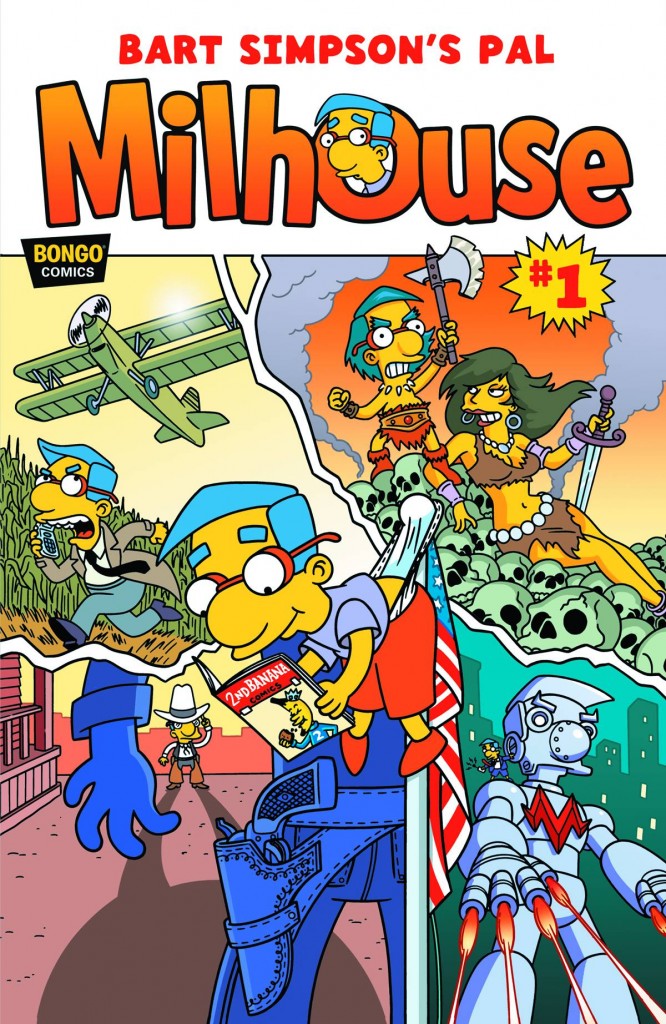