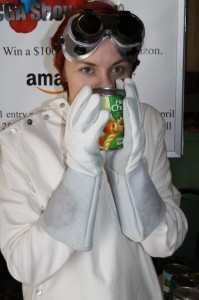 Beautiful, sunny Florida has always provided a great backdrop for a convention experience. Orlando with its central location has been home to many conventions over the years. This past weekend, Cocoa Beach took the spotlight and on Saturday April 7, the beach played host to a one day convention covering the wide variety of interests including comics, gaming, and anime with the Space Coast CGA Show.

The morning opened up with a performance from a local band called S.S. Hanami. They had a nice rock sound that drew from various Japanese influences. The lead singer at one point even played a traditional Japanese instrument known as a koto. 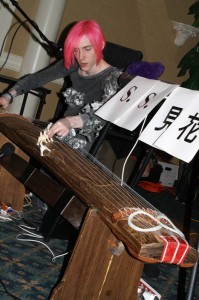 The dealer’s room was a decent size and carried everything you would expect at a show like this. There was even some music playing throughout the day and it became a recurring scene to see several costumed characters dancing to the beat, including a Venom that really knew how to move to dubstep. 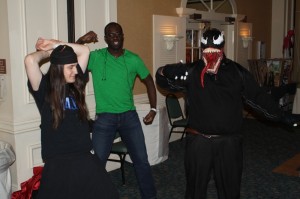 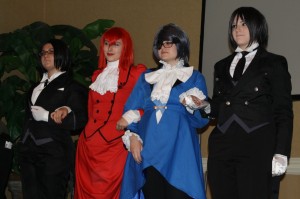 The entertainment was in full force as a group from St. Petersburg came in and did a fantastic shadowcast production of Dr. Horrible’s Sing-A-Long Blog. After that was the costume contest. There was a lot of hard work represented in the contest. An impressive Master Chief and group portraying the characters in the anime Black Butler were among those who took home top honors in the contest.

Nerdcore group HD Ninja took the stage late in the evening to kick off a dance party that ended the night.

It was a long day, but in the end it was a fun day. The CGA Shows Group is planning another show to return to Cocoa Beach on August 25th.