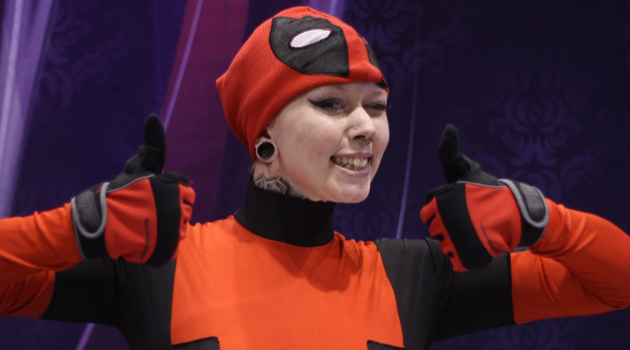 It’s hard to potentially miss a convention. A lot of anticipation goes into your favorite event. That almost happened this year with MegaCon. The annual pop culture convention moved to the Memorial Day weekend for its now four day celebration of geekdom. Not the best weekend for those of us who work in retail. Luckily, I was able to make it our for one day.

A number of concerns had been raised with the past few MegaCons. I can’t speak for the parking and issues with International drive traffic as I arrived very early to make sure I had my wristband before the show opened.

The first MegaCon with new owners FanExpo seemed to go very well. The crowds are always a concern at large conventions like MegaCon and that was definitely address this year. After years in hall D of the west concourse, the convention was moved to hall B. This provided a much larger area for the convention. Dealers, artists, cosplayers, and several large displays all had plenty of room. The dealer’s area, which is notoriously crowded, was able to spread out some and there was plenty of room to move around. Even at 3pm, one of the most crowded times on Saturday, I was still able to move around with no problems.

The celebrities, guests, panels and discussions all had their usual allure and provided enough to do during the convention. MegaCon also announced an expansion. They will be adding an event in Tampa in October.

The updates to the convention really helped enhance the experience of the convention for me. I have been to MegaCon for twelve years now since my first in 2005. I am looking forward to many more to come. MegaCon was my first convention and still one of my favorites to this day.