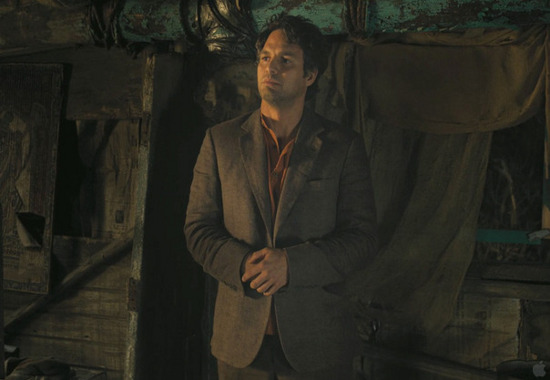 The Avengers, having raked in over $1.1 billion worldwide, continues to both make money hand over fist and seemingly cause controversy. The Joss Whedon directed film first drew the ire of the adoption community when a joke about Loki being adopted caused them to claim it painted adoptees in a bad light. Now the introduction scene of Bruce Banner in India has drawn the ire of some in Bollywood.

The scene in question involves Scarlett Johansson’s Black Widow tracking down Mark Ruffalo’s Bruce Banner to the Indian town of Kolkata (known in other parts as Calcutta). He is found in an impoverished part of the town, operating out of a shack and taking care of sick residents.

Some in Bollywood are unhappy with the city’s representation as a slum. “Kolkata has a rich culture and heritage, and a filmmaker should respect that,” said actor Rituparna Sengupta. “There are two scenes about India and they only show slums. It could have been done in better taste.”

Bollywood actor Neha Dhupia agrees with Segupta’s point, but also says that India needs to do its part to help change the Western world’s perception of the country. “It is disturbing to see the murky underbelly of India in Hollywood films,” said the actor. “But before pointing it out to the west, we need to make efforts to change their perception about us.”

Could the country have been presented in a better light to the media? Perhaps so, but it may not have made much sense in the overall feel of the film. Bruce Banner is a high priority target of the U.S. Military and other organizations. It would not make sense for him to be in a high visibility, well kept area. It makes more sense for him to be hiding in areas more out of the way that people don’t think about. The more slum-like areas of any country would be an ideal hiding place for anyone on the run.