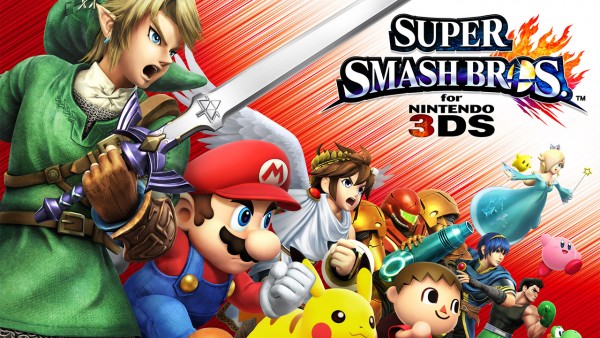 Nintendo has brought forth a new challenger in the handheld fighting game market. Super Smash Bros. for the 3DS brings the widely popular franchise to the handheld realm for the first time. The launch of the title is a precursor to the full console version coming later this fall for the Wii U.

Nintendo brought a stunning game to the 3DS. Taking full use of the 3D environment, Smash Bros is rendered beautifully on the handheld console with great detail in the fighters and the stages are beautifully created to provide a great backdrop for the fighters. New challengers including the Villager, Greninja, Charizard (separated from the Pokemon Trainer), The WiiFit Trainer join the already expansive lineup that tops out over 50 once the full roster is unlocked. Three gaming heavyweights in MegaMan, PacMan and Sonic come over to join the fight being borrowed from their developers who have all worked with Nintendo in the past. The game also allows for you to import your Nintendo Mii as a playable fighter that can be used as a brawler, swordfighter, or gunslinger. Customization options are also available for the Miis and the other main roster fighters.

The game features a challenge mode that really encourgaes you to explore all the modes of the game and use a variety of fighters. By collecting trophies, winning battles with multiple fighters, and navigating multiple stages, you get a full experience of the game. I’ve had a lot of fun going through the single campaign, home run derby, multiple man melees and other modes intoduced in previous Smash titles.

If the game has any flaws, I can only think of one. In multi man combat, the stages do expand as fighters get away from one another as they have done before. This can make things a bit hard to see on the small screen of the 3DS. other than that, the game is extremely fun and quite addicting. With such fun gameplay, it should lead to strong sales during the holiday for the WiiU once the console version releases. I highly recommend adding this game to your 3DS library.