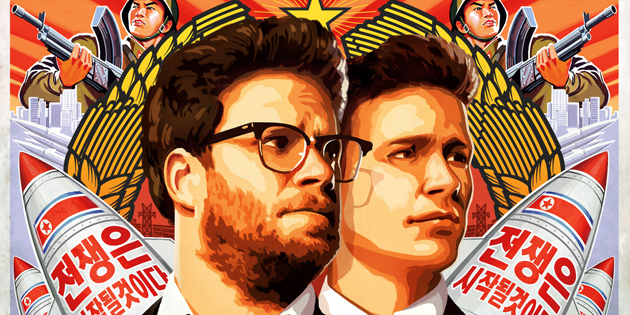 International terrorist threats originally pulled it from theaters. America lashed out at Sony for giving in. Sony released it on video on demand and torrents sites could barely handle the demand for it. With such a swirl of controversy, would The Interview live up to its lofty expectations?

Seth Rogan and James Franco play a producer / talk show host duo that are known for their celebrity pieces. Wanting to be taken more seriously as a journalist, Rogan’s character arranges n interview with North Korean leader Kim Jong Un after he finds out the dictator is a huge fan of his show. Things take a turn when they are approached by the US government with an assignment to kill the foreign leader.

The movie was wrought with real life controversy as North Korean hackers threatened attacks on the US if the movie was played in theaters. The backlash caused Sony to capitulate and cancel the theatrical release of the film. Many felt the studio made a mistake pulling the film, including US President Barack Obama. Public outcry eventually caused Sony to soften up and release the film via video on demand service. A lot of hype went in to the film, but unfortunately the hype just makes the movie disappoint.

Did you laugh during the trailer? If you didn’t, there is nothing redeeming to this one. Anything that could have been remotely funny was wasted in the trailer as seems to happen with many comedies of this generation. The jokes are worn out and irritating within the first few minutes of the movie. This movie is going to make a lot of money due to the hype surrounding it. The movie is overhyped and likely would have been a bomb without the publicity. This one is just not worth seeing. Maybe when FX or a similar channel has it on TV, but don’t waste your money to see this. It’s painfully unfunny.