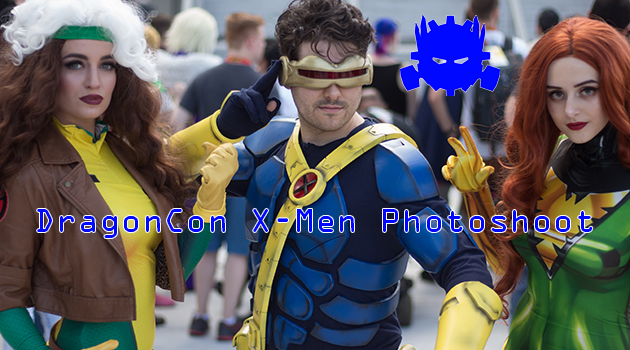 X-Men has always had a strong footing in nerd culture. The series served as an allegory for people’s differences: race, gender, sexuality, physical conditions. It gave us a backdrop to show that even though we are different, we are still human. X-Men has been a cultural phenomenon and its messages still stand true to this day. The X-Men photoshoot at DragonCon took that message and proclaimed it for all the world to see.

The photoshoot was called Mutant and Proud. The X-Men costumers were certainly proud as they came out in force for this shoot. All periods of X-Men were represented from the early comics to the most recent movies. Of course there were plenty representing the famous FOX Kids era cartoon. There were multiple variations of characters and a plethora of genderbend versions of characters. The group that assembled was quite uncanny and truly showed the diversity that X-Men seeks to showcase.

As X-Men seeks to promote diversity and differences, I decided to do something a bit different myself. I’ve been working on expanding my cosplay repertoire and decided to do my first genderbend cosplay. I went as a male version of Jubilee in the look established in the 90s animated series. I am very happy that the costume was well received. It was an absolutely fun shoot run by Smoove Cosplaya and his team. I was able to grab a few photos myself as they broke down the shoot into the smaller groups. Check them out.