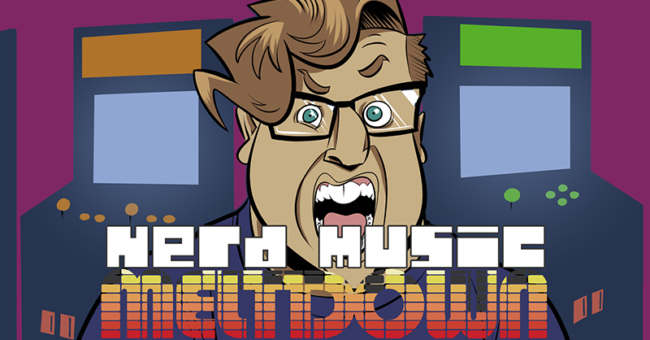 One of the greatest video game bands of this era are the quintet known as The Game Brass. In just four years, they have released 5 stellar albums, including their latest Horns of Hyrule.

We have founding members Daniel Romberger and Robby Duguay to talk about how The Game Brass manages an intense production schedule, with members spread throughout America and Canada. Plus, they discuss their love for Legend of Zelda and how that led to Horns of Hyrule, forming the group at MAGFest, being involved in Line Them Up, what to expect from their next album, and more!

Get more of The Game Brass at www.thegamebrass.com and youtube.com/thegamebrass. You can also support Nerd Music Meltdown at patreon.com/ongakuoverdrive.

Next 4 convention appearances all within the next

Working on a new #GIJoe #Cosplay for #DragonCon

Hard to believe the site is 12 years old today. Wh

Next 4 convention appearances all within the next

Working on a new #GIJoe #Cosplay for #DragonCon

Hard to believe the site is 12 years old today. Wh

Think the Safety team needs some backup from the Enterprise's own chief of security? @ChrissyChong will be joining us at #DragonCon2022!

Sure surviving #DragonCon2022 is easier than adventures in the final frontier, but it's still smart to have a nurse on board. Let's welcome Jess Bush!

It would be highly illogical for you to miss out on seeing Ethan Peck at #DragonCon2022. 🖖

New #Disney #Vlog is up. I check out #GuardiansOfTheGalaxy #CosmicRewind at #Epcot : https://youtu.be/GdmNbumPobE