Whether you loved it or hated it, the GI Joe Movie did well enough to garner a sequel. I personally thought the movie pretty decent. It was a summer movie filled with cool action sequences and stuff blowing up. I didn’t expect a deep story and it felt like watching the old cartoon. It was a fun, cartoony kind of movie. Anyway, the sequel is in production and we have a new image of Dwayne Johnson in full gear as Roadblock. I both love and hate the casting on this one. Dwayne Johnson, better known as The Rock to wrestling fans, is a good action actor with a ton of charisma and a personality to do very well in the role. The franchise though has featured changes the races of characters from the original series and comics for really no reason at all. In the first film, Ripcord, a very white character was turned black and played by Marlon Wayans. Also, Breaker went from being a white character to being Moroccan. While it did not detract from the movie, it did leave me scratching my head as to why these kinds of changes were made. So is the case of Roadblock. In all known GI Joe media, Roadblock is a big tough black man. While Johnson is half black, his looks are his other half which is Samoan. I’m fine with Johnson in the movie. If they changed the character name it wouldn’t have me as concerned. Sorry, I’m not a fan of random changes like this just to fit a certain need or an actor availability. With that said, I do like the gear. It looks more realistic than what the first movie offered us. I will give them that. So check it out below and let us know what you think about the gear and the movie in general. 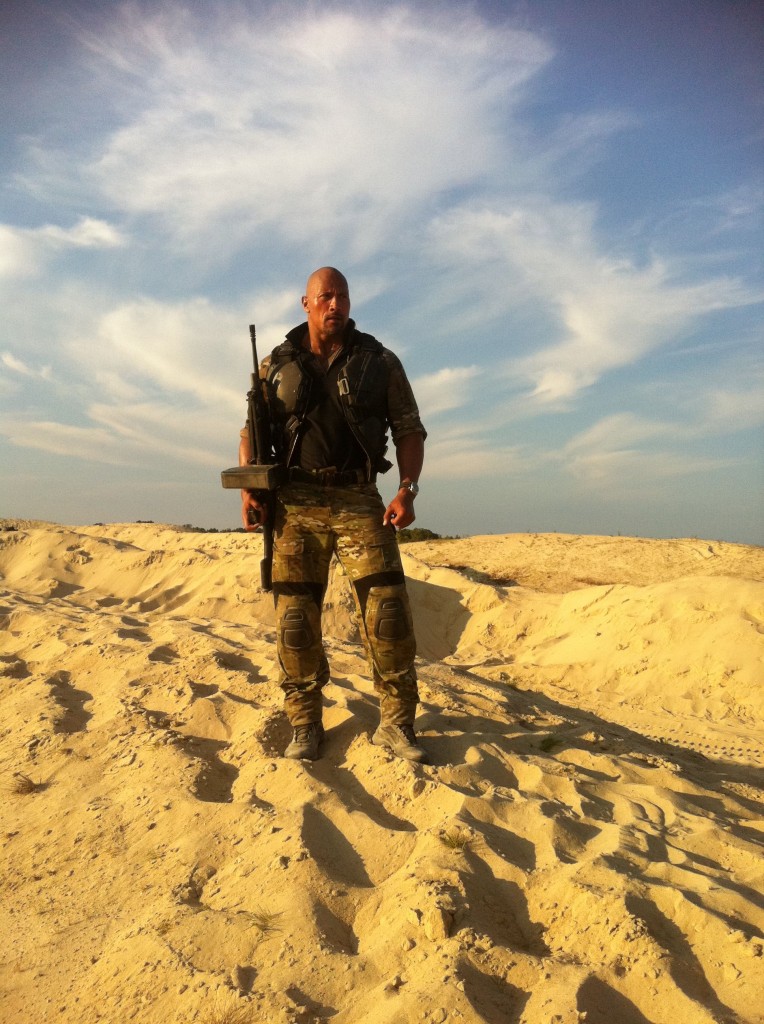