Empire Magazine ran an online poll with two different covers to determine which will be the printed version of the January issue. The choices were Batman and Bane from The Dark Knight Rises. Bane won the vote, but here we present both covers. They were originally unveiled bit by bit as the votes came in. Bane was the first fully revealed cover, hence the winning vote and printing. Here are both of the covers. 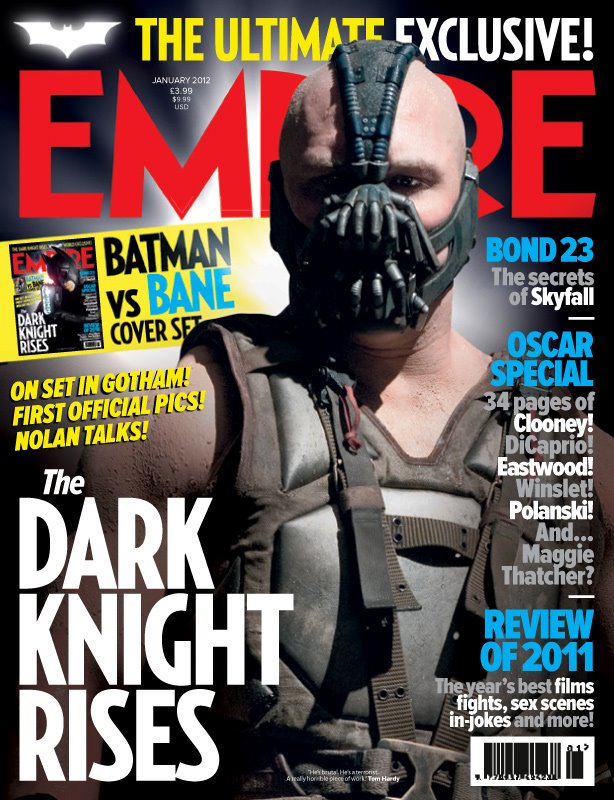 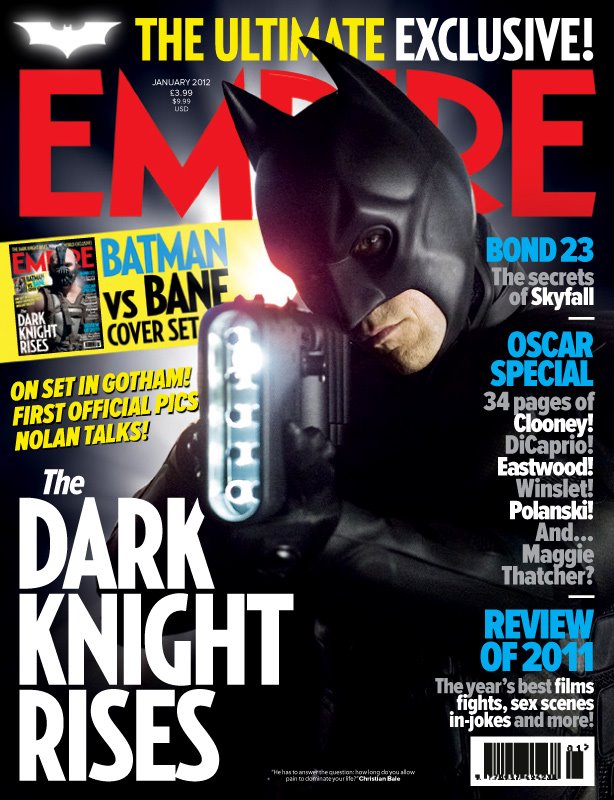