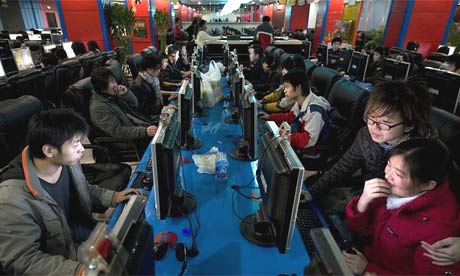 Marathon gaming is no new phenomenon. Players all over the world will log long hours into their favorite games in order to make it to the end and beat whatever quest or goal they looking to achieve. Perhaps a newer epidemic is that of players suddenly dieing while in the middle of their games.

The most recent report of this was that of Chen Rong-yu of Taiwan, a 23 year old gamer who died of a heart attack after having played the game League of Legends at a New Taipei internet cafe for at least twenty three hours straight. When he passed, his body was still in a position that made it look like his arms were still extended toward the keyboard playing the game. He was believed to have been dead for at least nine hours when a waitress of the cafe came by and made the discovery. The cause of death was ruled to be cardiac arrest from a  combination of cold temperatures, exhaustion, and lack of movement. Chen was also known to have a pre-existing heart condition.

This is not the first time this has happened either. Through various combinations of factors, many gamers have suffered similar fortunes in their long term gaming marathons. Is it really worth it though? It has long been preached to take breaks during long gaming sessions. To rest your eyes some and to calm down from adrenaline rushes during particularly taxing sessions. There have been numerous reports of aneurysms, heart attacks, dehydration damge, and other maladies occurring from an extreme sedentary lifestyle. When undertaking any long task, it is important to pace yourself, stay hydrated, eat right, and rest when needed. Achieving the world record score in Halo is not that big of a deal if you have a heart attack after entering your name on the high score leaderboard.