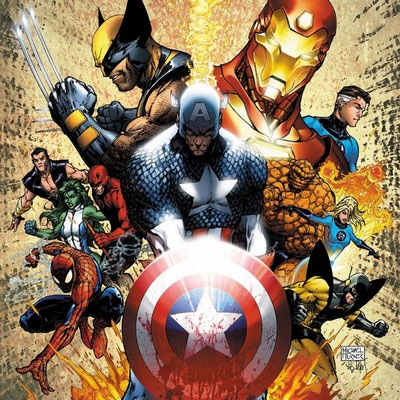 If you haven’t heard by now, Marvel’s The Avengers has pulled in over $1 Billion worldwide in just three weeks of its release. That means Marvel has made a lot of profit from this film. They have crafted an amazing universe of characters that fans adore and want to see more of.

The problem with this universe is that it’s missing several of its heavy hitters. in their efforts to build themselves as a movie making juggernaut, Marvel first worked with several companies to bring their characters to the big screen. Fox and Sony hold the movie rights to several of the major Marvel franchises including X-Men, Spider-Man, and the Fantastic Four. Any or all of these would be great under the current Marvel movie production house or as cross overs and cameos with such franchises as Iron Man, Captain America, and The Avengers.

I’m not saying Fox, Sony, and others haven’t done well with the franchises they have, but Marvel having full control of their own properties would take them all to a great new level. With The Avengers out, the trend will likely shift to crossovers and extended cameos of the Marvel characters in each others films. It would make sense that the fans would want to see Reed Richards talk science with Tony Stark and Bruce Banner, or for Peter Parker to throw out one liners amongst the others Avengers. Wouldn’t it be amazing to see an Avengers lineup that included a few X-Men and the Fantastic Four take on a powerful Apocalypse or Galactus? But to do so, Marvel needs to get the movie rights back and control the entire Marvel universe in it films. It can’t happen with multiple movie companies owning the rights.

With Disney backing and their own success, Marvel knows it can stand on its own as a movie making giant. They need to payoff the contracts of the other movie companies and begin to weave together the complete Marvel universe that we know is waiting to be assembled.