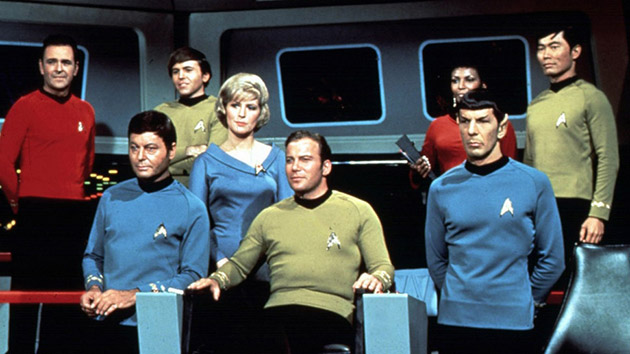 Space: the final frontier. These are the voyages of the starship Enterprise. Its five-year mission: to explore strange new worlds, to seek out new life and new civilizations, to boldly go where no man has gone before.

On September 8, 1966, television viewers were greeted with those words as the first episode of Star Trek aired 5o years ago. Little did we know the significance that would come of that day.

For fifty years now, Star trek has been an inspiration for many and a part of lives in various ways. Although the series lasted a short three years (extended to a third season after a massive fan campaign that worked much the same as reviving more current shows as Family Guy and Futurama, a show with many fun Star Trek nods and parodies), it eventually spawned serveral feature films and several spin off set both in the future continuing and expanding the universe as well as the past describing events that led to the adventures of Kirk and his crew.

Star Trek was a show that highlighted diplomacy and diversity. The Starfleet mission became one of exploration. Scientific curiosity was a driving force. This would in many ways mirror the real life events going on. Getting man to space was a goal at this time which would be achieved in 1969 shortly after the last episode of Star Trek aired. Many scientists and engineers of today credit Star Trek as their inspiration to enter these fields. Mae Jemison, a NASA astronaut that appeared in an episode of The Next Generation credits Star Trek for her wanting to become an astronaut.

Star Trek also promoted the value of diversity with a varied crew working together. Spock himself was an alien from another planet. Sulu gave a strong Asian representation after the events of World War II. Uhura was a strong black, female character at the time when racial equality was a hot point in the US. Nichelle Nichols has mentioned in interviews that Dr Martin Luther King Jr had encouraged her to stay on the show when she considered leaving. Chekov provided a Russian character in a positive light as the US and Russia were at the height of the cold war. Gene Roddenberry provided a glimpse into a world where people could set their differences aside and work together for a common good.

What has kept Star Trek alive after being off the air has been it’s fan base. It’s easy to find Trekkies at any convention, even ones without specific Sci-Fi themes as Star Trek cosplayers can easily say they are on a away mission to such places as anime conventions. Star Trek never grows old to us. I myself have The Next Generation as my first experience with knowing what the term Sci-Fi was. Some of my favorite memories are of sitting down with some good friends, making a Star Trek reference and next thing you know it’s four hours later.

Fifty years ago, a five year mission gave birth to a lifetime of curiosity, creativity, and rabid fan base that appreciates it even more today. Thank you Star Trek, for giving us so many memories and allowing us to be there for the journey. Congratulations on making it to 50 years.