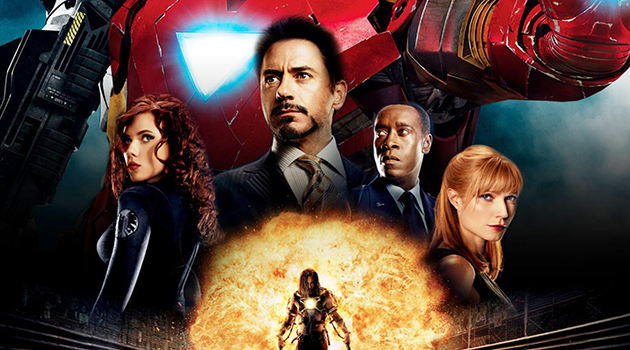 Continuing with our retrospect of the MCU, we take a look back at Iron Man 2.

The first sequel in the Marvel Cinematic Universe, we catch up with Tony Stark and his escapades as Iron Man. The world now knows he is Iron Man and this draws the attention of Ivan Vanko, who builds his own version of the arc reactor keeping Tony alive. Vanko uses his to power weapons to battle Iron Man.

Meanwhile, Tony is dealing with  his own mortality due to the palladium powering the reactor keeping alive but also poisoning him at the same time. Stark grows more reckless and dangerous as he goes on, including getting drunk while in the Iron Man suit at a party at his home. Stark is also at odds with rival weapons developer Justin Hammer, who eventually employs Vanko to weaponize his version of Stark’s armor.

Overall this was an enjoyable movie. The effects still hold up well and the action is spot on.

In regards to the MCU, we are given more screen time from Nick Fury and SHIELD. We also get introduced to Natasha Romanoff, later to be revealed as Black Widow (she is never mentioned by that name in the film, but is seen suited up in the later part of the film.) The role of James Rhodes is taken over by Don Cheadle who plays the character still to this day. He and RDJ have great screen chemistry together and seeing him in the War Machine armor is great to see. Fury and Stark interact but overall Stark is rated as being unstable and unsuited to be a part of the Avenger Initiative but will be retained as a consultant.

Mickey Rourke delivers a great performance as Ivan Vanko, but in the end is an ultimately forgettable villain, as is the case with the stand alone Iron Man movies in general. One of the most memorable Avengers just doesn’t have a villain that sticks with him unlike Thor’s Loki.

Seeds continue to be planted for the future. At one point in the movie, Phil Coulson is called away to New Mexico, where in the post credit scene we see the hammer Mjolnir, which directly sets up the next installment in the franchise, Thor.

Iron Man 2 does more to move the overall direction of the MCU and moves from more of the Paramount style movies to becoming more polished like the Marvel movies we see today.  Unfortunately, it ultimately gets forgotten in the shuffle as a transitional movie, which is a bit of a shame as it is a good movie and is worth a watch.