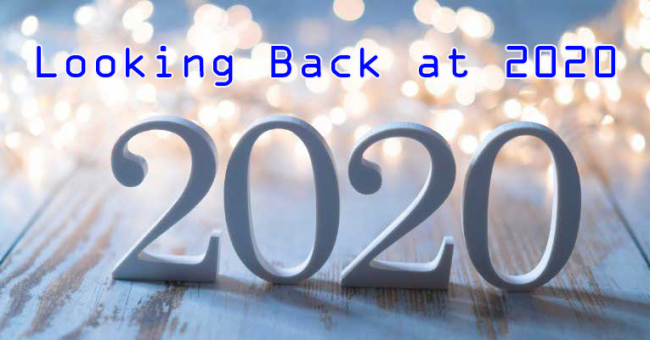 We’ve made it to the end of another year, and boy what a year it was.

To say 2020 went smoothly might be a bit of a stretch. While I was luckily able to escape the year unharmed, it was definitely a year of changing and adapting. A global pandemic changed the way we interact and brought new challenges to a media outlet whose main focus was on convention coverage.

The year started off wonderfully. In January, I bought my first annual pass to Disney since I was a kid. It was amazing to relive the parks and experience the wonder of Disney World again. That was great for two months.

I had done a few conventions. I was able to attend some smaller conventions with the Task Force 27 crew of The Finest and helped raise money for charity. That was also fun for two months.

Then in March, the world shut down. In taking caution with the Coronavirus, larger events slowly changed dates and eventually cancelled. Long standing traditions of mine such as MegaCon vanished. That one particularly stung as I had never missed a MegaCon since my first ever convention in 2005. It was a streak that lasted 15 years. The year raged on until even the mighty DragonCon fell in 2020.

It has certainly been a crazy year. The few highlights there have been were memorable. While I was unable to photograph my way through the year, I needed something to serve as a creative outlet. So, I grabbed my Iphone and started taking some videos. I began putting them together and emulating the form I had seen many time watching vlogs online. I started off with a few trips around town, then things started to reopen.

A few visits do Disney World gave me a chance to document my reactions to the festivals going on, experiencing rides, trying Disney treats and an overall chance to help focus the vlogging. This led me to a Youtuber community on Facebook and eventually breaking the 100 subscriber mark on Youtube. I will definitely be doing more park vlogs and doing some of the various park challenges I’ve seen online.

I was able to make it to one event once things started to slowly open. I joined by Task Force 27 brothers for a GIJoe themed show at ACME Comics in Longwood. It was a great day hanging with some of my closest friends in the costuming community. I was able to vlog the day and I can’t wait to do more convention vlogging as those start to come back.

So we lay to rest the year that was 2020. The start of a new decade was not what we were expecting. In 2021, I plan to continue vlogging and putting out more videos and growing on that platforms. Hopefully, we will see more events return in 2021 and I will be there to document it. I will also look for more opportunities to explore discover new hidden gems. 2021 will be sort of a redo for many who had plans for 2020. Let’s go through this journey together and call this year the site’s 10th anniversary Part 2.